Nudity in bathe seen.
Three men bathe naked in a pond splashing water at each other and then run around naked when they are caught off guard by a party of two women and a man. The whole scene is completely non-sexual and is played for laughs.
Nude swimming scene shows male buttocks and genitalia. 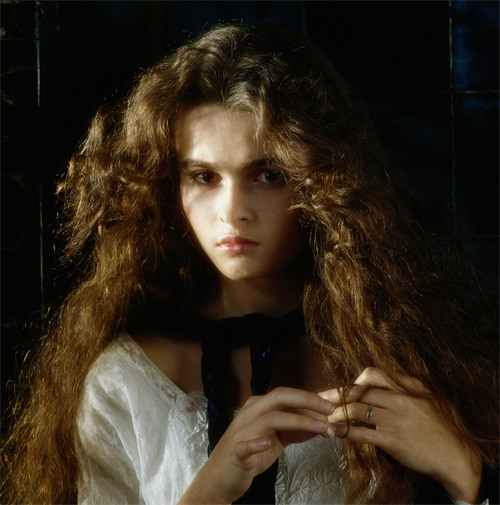 Women always like rooms with scenery, while for men, the scenery is in their heart. The blue sky and the singing of birds are all in my heart. Mr. Emerson pointed his fork at his chest and said piously. 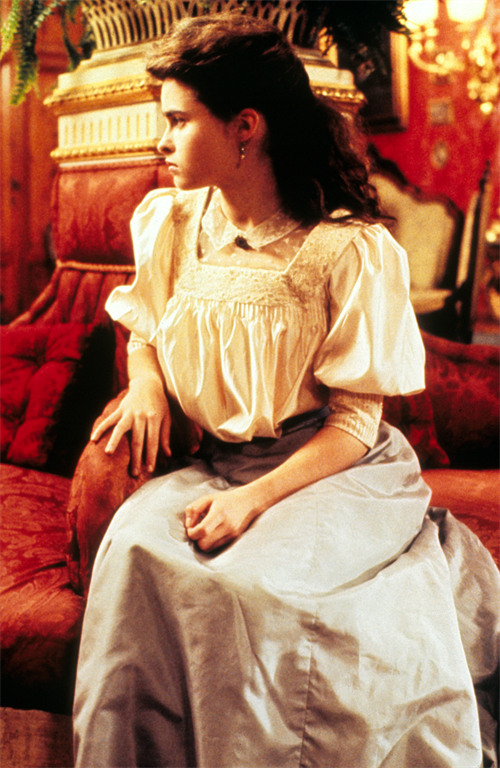 This is a line from the strange Emerson and his son in a room with a view. So the beautiful miss Lucy from England accepted their kindness under the persuasion of the priest, and moved into a room with a beautiful view of Florence with her cousin, the most common foil role in all European classical literature. The lens is stretched. Looking out from Miss Lucy’s field of vision, the Arno River is outside the window. The beautiful scenery of Italy is quietly displayed in the whole picture. The story is unfolded against such a background. It is soothing and quiet, with the simple flavor of European life. 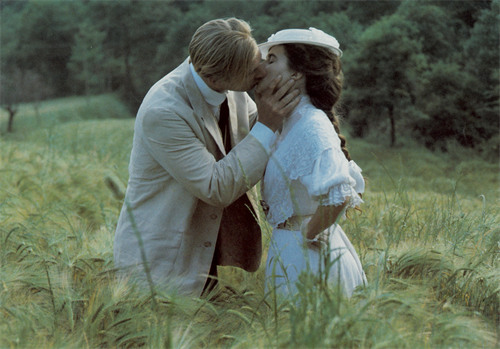 I think Foster’s original work is not even as good as the film. Some chapters are too slow and not as clear as the context of the film. What I like most about the whole film is that it is divided into more than a dozen sections. Before the beginning of each section, there will be a title with complex patterns as the outer frame. There is a serious and rigid humor unique to Britain, and it has a full European literary and artistic accent. Most of the lines in the film are faithful to the original. The fancy and formal sentence patterns are particularly moving when they are spoken by actors with straight necks and a mouthful of British English. 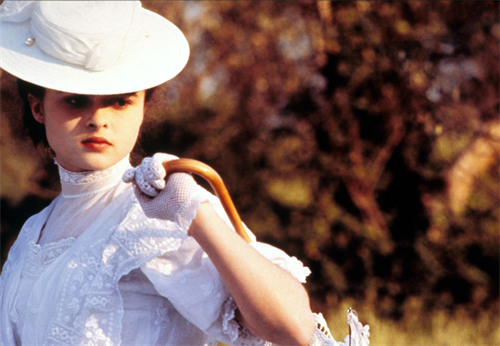 The first time I saw this film was the Chinese dubbing version. I think if Western films are voiced, generally speaking, the good-looking degree will be greatly discounted. Because old dubbing actors always like to exaggerate the emotions of characters in foreign films. This time, I not only felt that the actors gently and appropriately expressed the beautiful sentences written by foster, but also saw a nude play that has been cut out in the Chinese version and is rare in English classical films. It was Lucy walking with her fiance and her mother when she met her brother, George and the town priest bathing in the pond. From Lucy’s eyes and smiling expression, it can be seen that she is not a young lady of British upper class society bound by red tape. She will not be willing to be the decoration of her fiance. She has too much passion in her heart. This is why in the poppy filled countryside of Florence, after Lucy was strongly kissed by George, she left him angrily on the surface as a lady should do, but in fact, the idea of love secretly sprouted in her heart.

Speaking of that indescribable kiss, it makes people laugh when compared with the kiss after Lucy’s engagement with the fake fiance. Our fiance with Phnom Penh spectacles said to Lucy, Lucy, it seems that I haven’t kissed you since we were engaged. Lucy said, yes. The fiance said, can I kiss you. Lucy said, of course. So her fiance closed her lips tightly and frowned like tasting traditional Chinese medicine. In very reluctantly contact, the gentleman’s nose glasses almost fell off and hurriedly helped her with his hands. Lucy said she was sorry. My fiance said it didn’t matter. Then he held his glasses, stroked his hair, and walked in front with a civilization stick like a gentleman.

The music of the film is another moving part. It has selected Beethoven, Mozart and Schubert for many times. When George kissed Lucy for the first time, he also quoted Puccini’s aria in the opera swallow Dorita’s dream. It is also a story about love. Dorita, the heroine of the story, also has a soul stirring kiss with the hero. And Puccini’s popular aria at the beginning of the film, my dear father, also coincides with the theme of the film in a sense. It describes that the heroine falls in love with someone she shouldn’t love. In the appreciation class, the teacher once reminded us to pay attention to the sad meaning of this song. The teacher is a middle-aged Italian woman. When she speaks English, some syllables still remind me of those beautiful arias. No wonder someone once told me that Italian is the language of music.

I want to end this article with George’s words when persuading Lucy to leave her fiance. He said: he just wants to possess you and look at you like an oil painting or an ivory box. You’re just something he can possess and show. He doesn’t want you to think and don’t need you to exist. He doesn’t love you, but I do. Even when I hold you tight, I still hope you have your own thoughts and feelings. This is our last chance

After watching such films, my idea of going to Europe became stronger.