A man places his hand on a woman’s chest; no breasts are shown.
Occasional sexual dialogue.
References to dildos
A woman references having sex with a certain person
A man wakes up to hear a man and a woman having sex. Loud, passionate moaning can be heard. Nothing is shown.
A woman makes some crude references
One woman is publicly saying that she misses sex and that she would like someone to have sex with her. Another woman is moving her off stage because she’s embarrassed. The scene is there for black humor.
Most of the movie’s sexual content happens in the first half.
In the final scene, a film frame of a penis is seen although this is only shown for less than second and is very easy to miss.
A sex scene reappears two times in the film
Nudity includes breasts during sex in one part but it is very brief.
A few rotating frames of two characters extremely briefly having sex. 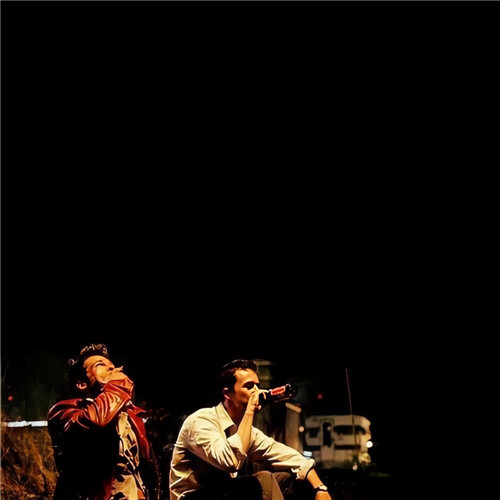 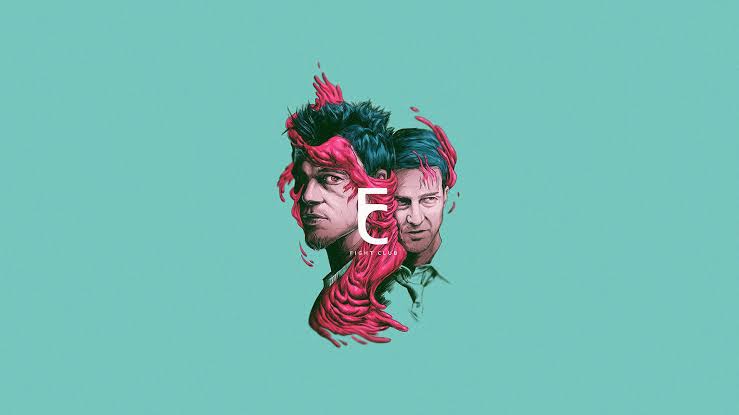 1. At 4:07, Edward Norton faced the copier. When the copier went back and forth for the second time,

Tyler appears next to the copier; 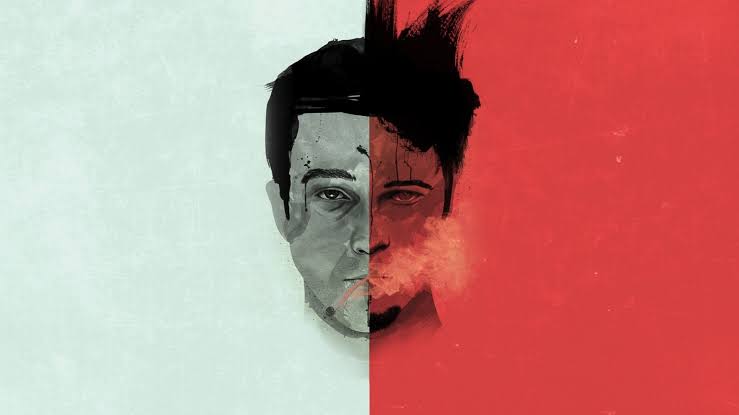 2. At 6:19, the doctor refused to give Edward Norton medicine. When he turned and left,

Tyler appears next to the doctor;

3. At 7:34, when the counselor announces their group talk,

Tyler appears next to counselor Abe;

4. At 12:37, Edward Norton watched Marla leave. When the woman on the left came out of the door,

Tyler appears in the lower right corner of the screen;

5. At the end of the film, when the building collapses and the picture stretches and flashes,

Tyler and his “nice big cock” appears on the entire screen.

At 20:20, the TV advertisement in Edward Norton’s hotel room,

Tyler appeared in the TV advertisement, the “welcome” on the far right in the front row That’s him.

The film has been using the active substitution of the main perspective to imply this tendency of ***** (deleted by the spoiler), in an attempt to let the audience enter Norton’s first person from the third party. At the beginning, Norton said that he always woke up on the plane and didn’t know why he was here (actually…). This tendency appeared at the beginning, but it was not obvious in the middle of the plot.

Including passing by on the escalator, Tyler hidden in the crowd on TV, and so on, are manipulating the audience’s subconscious.