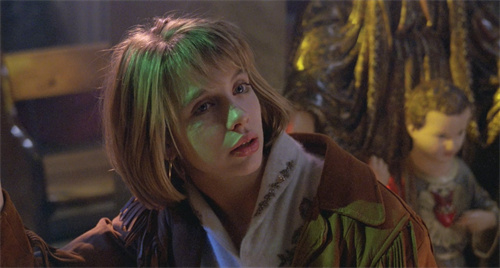 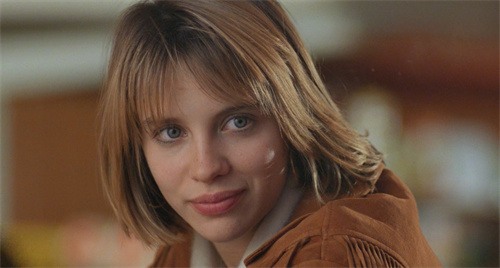 Hoskin plays George, a forty-odd, uncouth small-time gangster freshly out of the joint after a seven-year stint, assigned by his old boss Denny Mortwell (Caine) to chauffeur a West End dark-skinned call girl Simone (Tyson), with their initial mutual aversion petering out in the progress of time when they realize both are indeed good people, quite naturally, George falls in love with Simone, a hard-hitting, drop-dead gorgeous princess mired in a seedy business, but is her feeling reciprocal?

Before soon George will pull his back into looking for an underage prostitute Cathy (Hardie), Simone’s friend when she was a streetwalker soliciting near the dank and murky vicinity of King’s Cross, which directly pits him against both Denny and Cathy’s ruthless pimp Anderson (Peters), after he rescues Cathy from an odious senile punter, the three of them escapes to Brighton, but blood must be drawn to settle the score once for all in the purlieu of Brighton West Pier.

Burrowing into London’s tenderloin of kinky sex service and underage prostitution ring, which would not be scandalous to today’s audience, MONA LISA’s most valuable asset lies in Hoskins’ lived-in performance, a walking dynamo spectacularly running the gamut from garish swagger to heartfelt compassion. Hoskins’ dumpy figure casts an almost comical contrast with the svelte Tyson when they stand or walk cheek by jowl (an inverted PRETTY WOMAN scenario occasions when Simone drags George into a posh store to buy him some decent clothes, to his bewilderment then contentment), George professes “I’m cheap and God made me this way”, but his slow but thorough transformation makes a persuasive case which is universally vicarious, the salient message is that love can change a person to the better, regardless of his/her background, even it is an unrequited one (the sapphic attraction only circumspectly alluded to), as George’s awakening moral compass proves, he also has a teenage daughter Jeanne (Nathenson), with whom he has many missing father-daughter time to catch up, so we know fairly well what makes him tick.

Newcomer Cathy Tyson is also a revelation, her Simone is a spitfire case-hardened by a cynical and callous world, only recapitulates to the last purity residing in her, she isn’t a damsel-in-distress, but someone who thrives on a sharp sense of self-preservation, even manipulation, what’s more admirably refreshing, she doesn’t put out to show her gratitude, although audience might have various reasons to expect her to do so. A spiffy Michael Caine takes the villain’s place with his usual coolness, confidence and a detestable soupçon of vulgarity.

As in his chef d’oeuvre THE CRYING GAME (1992), Jordan’s humanistic propensity constructs a vigorous backbone in a dark tale, introducing us an unlikely hero, driving in his spick-and-span Jaguar with Nat King Cole’s titular oldie piping up, MONA LISA only can be admired and worshipped from its pedestal, so just let that myth plume.