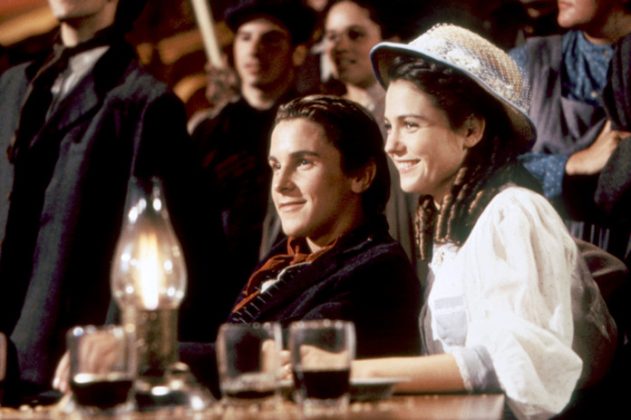 A woman sings about doing “the hootchie cootchie” and wriggles seductively (1 time) at her primarily male audience. One line of her song says “I miss the hanky-pankie each nighty-night till three.” She is wearing a full ankle-length dress with long sleeves and a low-cut top that reveals some cleavage. 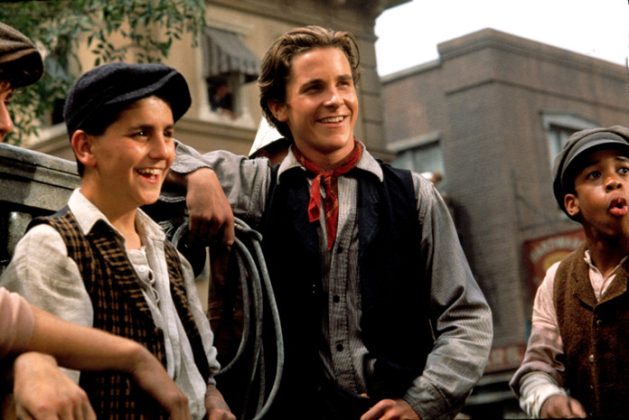 The same woman performs later in the movie in a more toned-down manner.
Young men are shirtless and in their underwear for the first big musical number. It is not intended to be sexual, just matter of fact that young men are not completely dressed first thing in the morning.
A teenage boy is shown getting out of the water and only in his white long underwear. The clothing is skin tight, but not to revealing.