At the beginning of the film, Tomas asks a nurse to take off her clothes. She tells him that he saw everything the previous night, but he insists. She agrees to flash her bare breasts for three seconds, she does, and we see them.
Tomas is shown in bed with Sabina. He crawls on top of her and has sex with her while he watches in the mirror across from him. Bare breasts are shown. 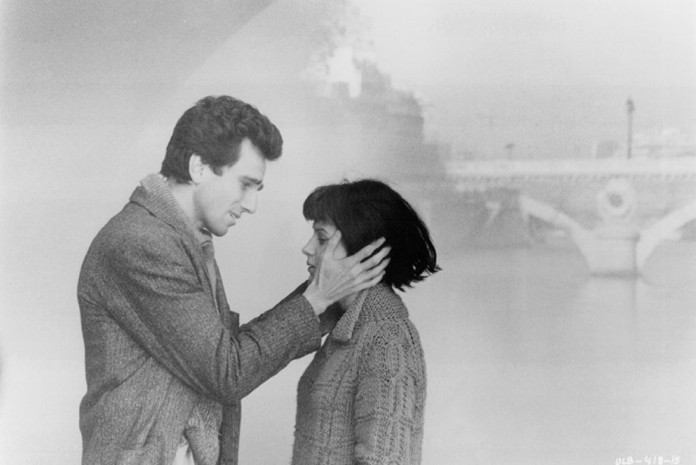 Tomas seduces a young lady, and they begin to passionately make out. It is implied that they have sex.
Tomas has Sabina crawl on all fours in her lingerie and a hat. She then climbs on top of him, and Tomas shoves his hand in between her legs.
Tomas has sex with Sabina with graphic movement and some nudity. 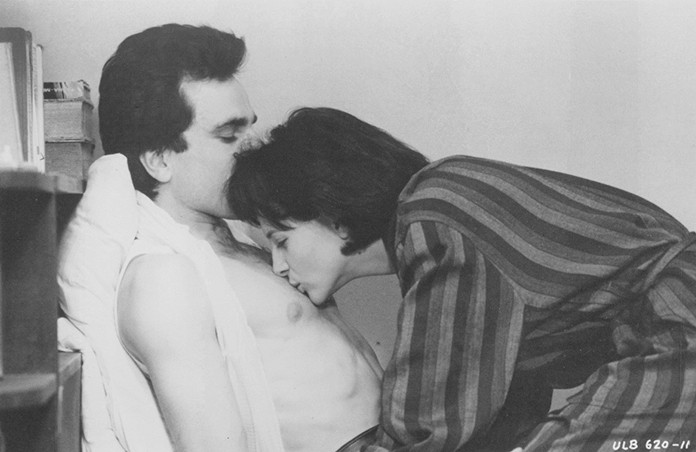 We see several nude photographs.
In a dream sequence, Tareza is in the swimming pool. As her head bobs up and down out of the water, she sees Tomas with all of the other women on the outside of the pool. They are all nude, and he is flirting with them. Bare breast and full frontal nudity is seen.
Sabina and Tareza take nude photographs of one another during a lengthy scene. Bare breasts and rear nudity is seen. The camera lingers. 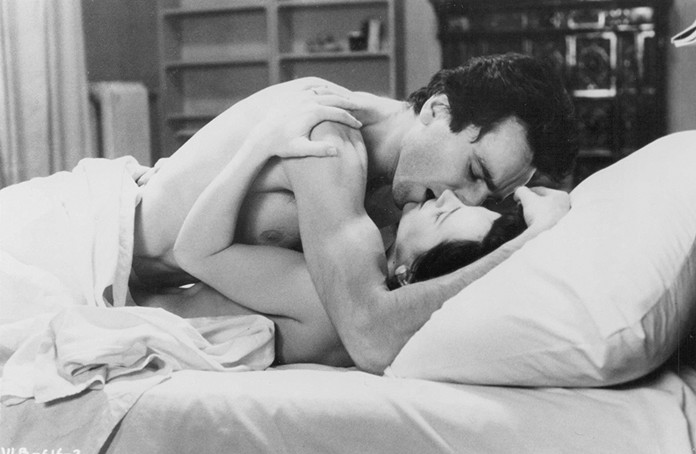 Tareza and Tomas have sex. We see movement, and hear moaning.
Tareza has an affair with another man. He unbuttons her shirt, and then proceeds to feel her breast. He stands up and pulls down his pants. We see his bare butt. He climbs on top of her, and pulls her bra up over her breast and caresses her nipple. He runs his hand up her thigh, and manually stimulates her. They have sex. Movement is shown and Tareza has an orgasm. 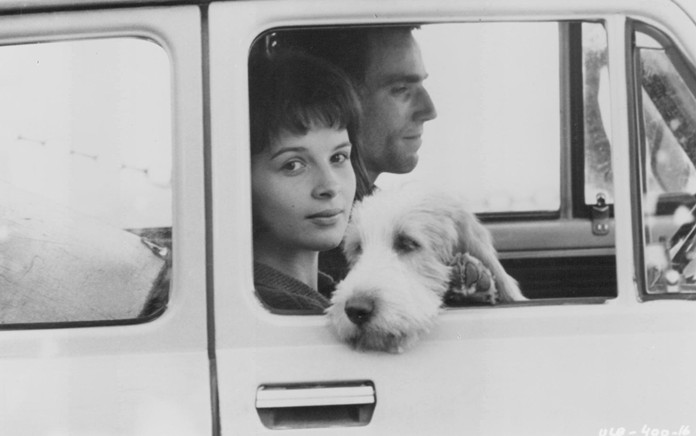 A woman seduces Tomas. She tells him that she needs a check up, and that there is a problem with her back. Tomas tells her to take off all of her clothes, and she does. We see her full frontal and rear nudity. She seductively straddles a chair as Tomas lustfully observes. Later on, Tareza tells Tomas that his hair “smells like another woman’s sex”. 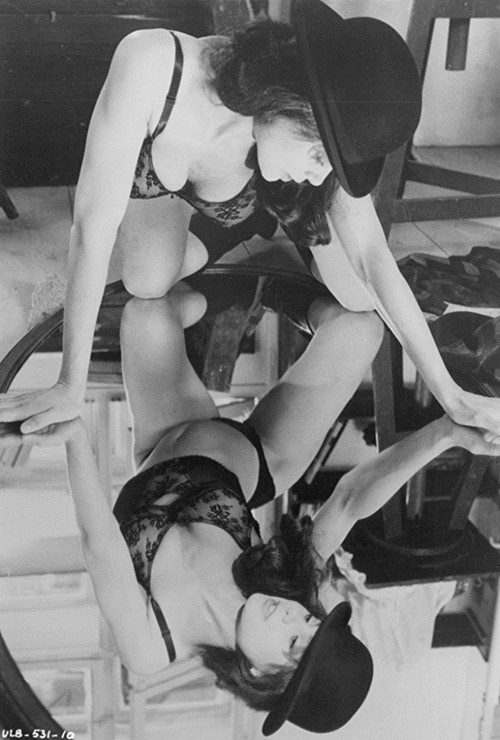 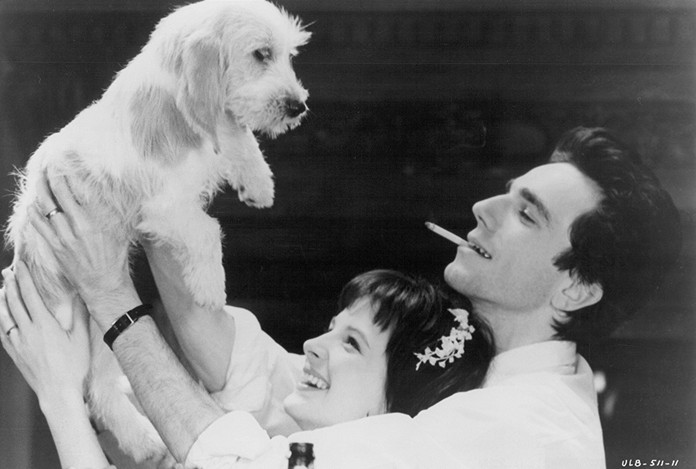 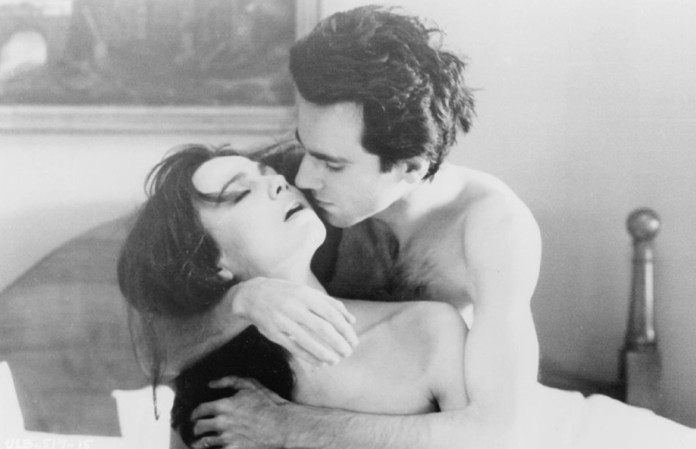 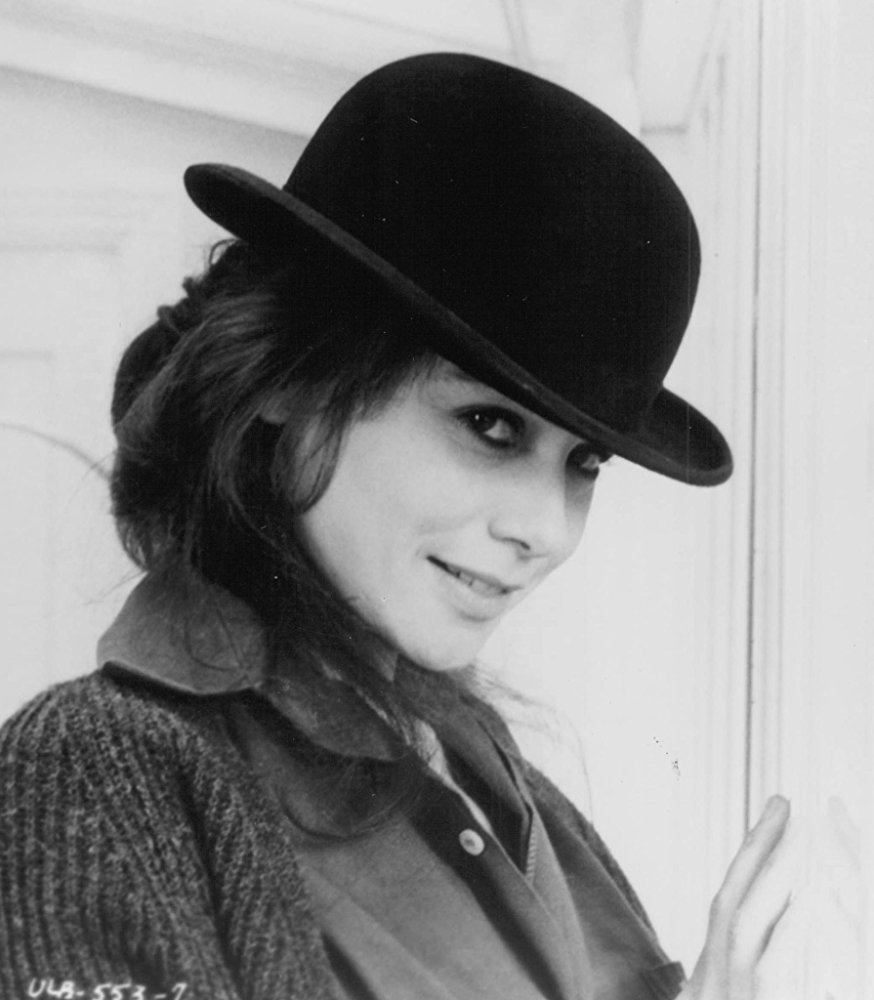 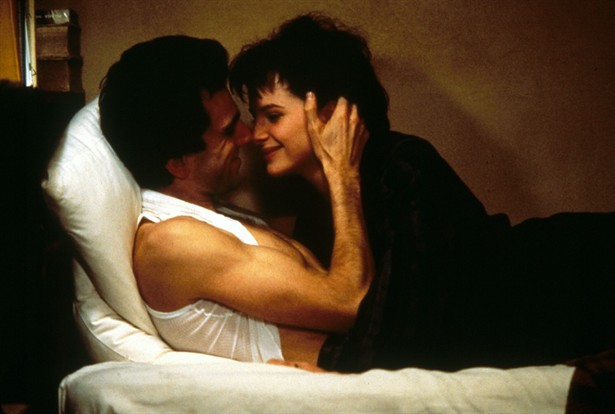 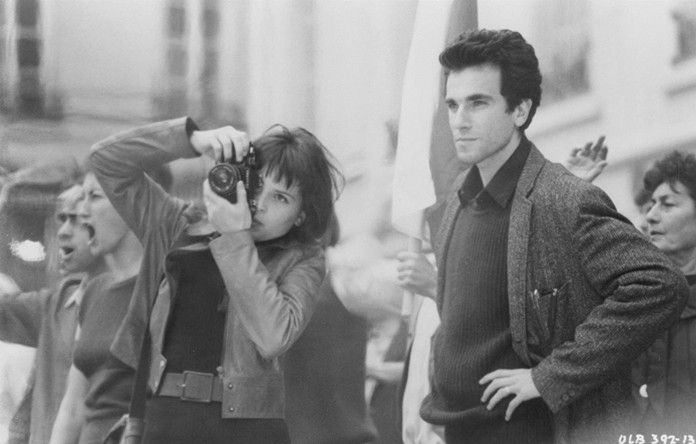 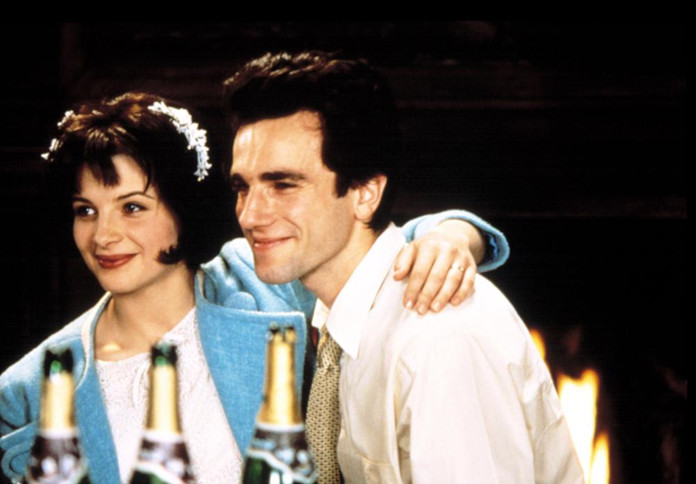 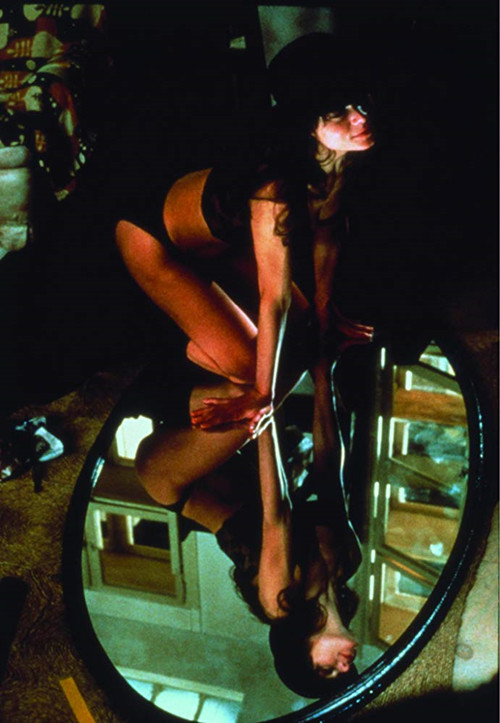 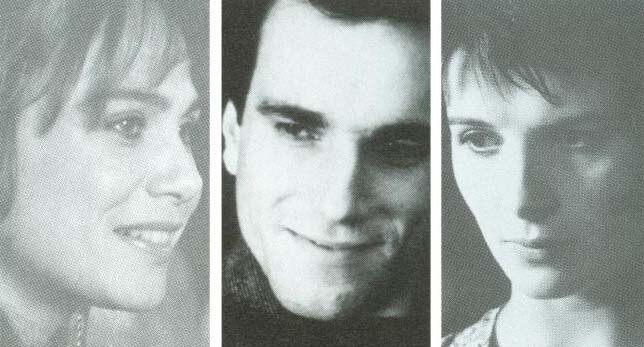